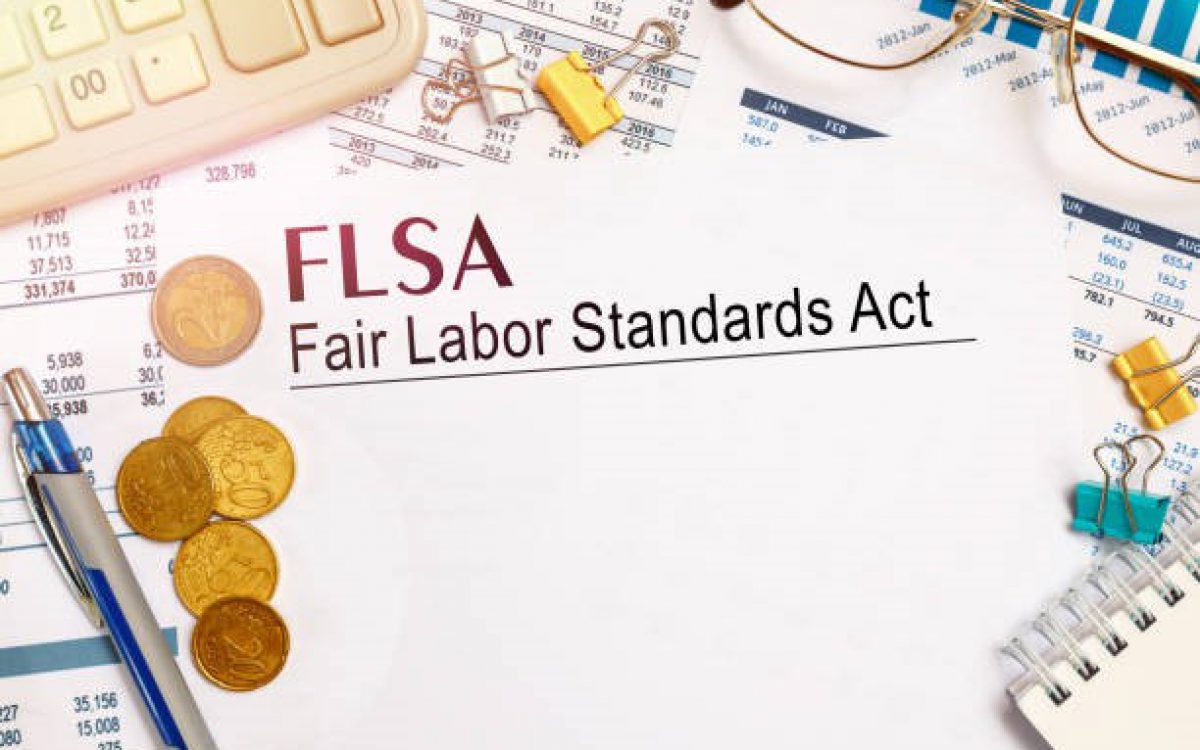 The Fair Labor Standards Act (FLSA) is complex and old (having first been enacted in 1938), with subsequent updates to the law coming only occasionally.

As a result, many companies today find that applying the FLSA’s requirements to a modern workforce is cumbersome and unclear.  It is no wonder that even large, sophisticated companies sometimes struggle to correctly implement the FLSA’s minimum wage and overtime requirements.

Introduction to the FLSA

The FLSA is the federal law that provides the minimum hourly wage that all employees must be paid in the United States and also sets the base requirements for employees to either earn overtime or to be exempt from earning overtime, depending on their job duties.

While there are several components to the FLSA, the two most common provisions that give employers headaches are the minimum wage requirement and the overtime requirement.  Currently, the FLSA requires that almost all U.S. employers pay their non-exempt employees a minimum of $7.25 per hour.  In addition, the FLSA sets out a framework through which some employees (termed, salaried-exempt) can be paid a minimum annual salary (currently $684 per week or $35,568 annually) and thereby not be eligible to receive overtime.

However, to be a salaried-exempt employee requires that the employee not just be paid the minimum annual salary, but that the employee’s job duties fall within one of the accepted categories of “exemptions” that make them eligible to be paid an annual salary instead of an hourly wage.  There are many listed FLSA “exemptions,” but the most common that give employers fits are the executive, administrative, professional, outside sales, and computer exemptions.

The Most Common Error:  Misclassifying Employees as Exempt

Far and away the most common mistake that employers make is misclassifying employees as salaried-exempt when, in fact, they should be classified as non-exempt employees.  This mistake happens typically for one of two reasons:  the employer mistakenly believes the employee’s job duties fall into one of the accepted FLSA “exemptions” or the employer simply fails to evaluate whether a particular salaried employee’s duties meet one of the qualified exemptions.  On its face, this mistake seems easy to avoid.  But the FLSA overtime exemptions were drafted decades ago and, in many instances, today’s jobs do not fit squarely within an exemption – leaving employers to make educated guesses as to whether certain employees can be properly classified as “salaried, exempt.”

Even large, sophisticated companies often make mistakes when it comes to properly distinguishing between exempt and non-exempt employees.

For example, earlier in 2020, Paychex, Inc., a large Professional Employer Organization (PEO), was hit with a collective action from employees claiming that they had been misclassified as exempt from overtime when, in fact, they should have been paid overtime for those hours worked in excess of forty (40) per workweek.  Although the case is still ongoing, the court granted the employees motion to certify the case as a collective action and denied Paychex’s early motion for partial summary judgment.

Similarly, another large PEO, TriNet Group, Inc., was forced to settle a complaint brought by the U.S. Department of Labor (DOL) for over $1 million dollars in back wages and damages after TriNet misclassified about 267 employees as salaried, exempt.  TriNet mistakenly believed that the employees fell within one of the FLSA’s listed exemptions, but the DOL interpreted the matter differently.

Alternatively, if employees do not want to wait for the government to investigate, they may take matters into their own hands and sue their employers directly in either state or federal court to recover not just any unpaid wages, but double damages, and attorneys’ fees.

Another common mistake that even sophisticated employers make is failing to correctly calculate overtime.  Under the FLSA (and most state wage and hour laws) overtime pay (i.e., time-and-a-half the employee’s regular hourly rate) must be paid to non-exempt employees for any time worked in excess of forty (40) hours in a single workweek.  A majority of employers pay their employees every two weeks. So, a regular, full-time employee would show eighty (80) hours on their timesheet (which equates to two 40-hour workweeks).

The FLSA requires overtime to be calculated on a weekly basis.

Many payroll personnel (and even some payroll companies) mistakenly believe that so long as an employee who is paid biweekly does not work over eighty (80) hours in a pay period then they are not owed any overtime.  This is a mistake. The following example illustrates this misunderstanding:

Jane is a non-exempt, hourly paid employee and is paid every two weeks (i.e., bi-weekly).  In the first workweek of the pay period, Jane works 33 hours.  In the second workweek, Jane works 45 hours.  Jane has worked a total of only seventy-eight (78) hours for that two-week pay period (i.e., 33+45=78).  Yet, Jane is entitled to five (5) hours of overtime pay at one-and-a-half times her regularly hourly rate because she worked five (5) hours in excess of forty (40) hours during the second workweek of the pay period.

This common mistake gets even more complex where employees are paid on a “twice a month” basis (also called “semimonthly” payroll), because regular, full-time hours might be as high as 88 or 96 for the pay period – and can fluctuate depending on the number of days in the month and pay period.  Thus, the best approach is to look at every workweek and decide whether each non-exempt employee is entitled to overtime based on the total hours worked in that workweek alone.

The FLSA also requires covered employers to keep certain records regarding their non-exempt employees.  No specific form is required, but the records must be accurate, include certain identifying information about the employee, and list hours worked and the wages earned. The following is a listing of the basic information that employers must maintain:

Timekeeping records must be maintained for two (2) years.

All other pay-related records and demographic information should be maintained for three (3) years.  The most common mistake employers make is (believe it or not) failing to keep accurate time records regarding their non-exempt, hourly paid employees.

Even if an employee consistently failed to record all hours worked on her timesheet (even after having been instructed how to properly do it), that employee could still recover unpaid wages, damages, and attorney’s fees from her employer – because it is the employer’s responsibility to correctly record their employees’ hours worked and provide correct pay according to all hours worked.

These examples are just a few of the FLSA pitfalls that employers face.  There are others that may affect specific industries (like farming or livestock companies) or specific classes of employees (like healthcare professionals).  Fortunately, for all companies the goal remains the same no matter your industry — keep accurate track of your employees’ hours and pay them correctly.

With that common goal in mind, there are a few proactive steps that all employers should take to help minimize FLSA compliance issues.

For starters, take the time to classify each category of employee as either exempt or non-exempt using the FLSA exemptions, making a concerted effort to correctly classify the positions based on their job responsibilities and annual compensation.

Next, institute a single timekeeping system for your employees, periodically train employees on the proper way to use the system, and have your managers audit their employees’ timesheets occasionally to make sure they are being completed correctly.

And lastly, periodically audit your payroll records to make sure that non-exempt employees are being paid correctly, particularly if you have employees that work some overtime hours.  A “self-audit” of your payroll records can be an effective way to correct any pay discrepancies before the DOL knocks on your door or an employee files a lawsuit.